In 2019 I made a post about the Public Domain. I plan to update that each year as new works enter it. For those who don't know, the Public Domain is a system by which copyrighted works (such as songs, novels, screenplays, paintings, photographs, etc.) lose their exclusivity. That means, anyone can use those works in any way they see fit without paying the original creator.

The rules about Public Domain are strange. Congress and big business have interfered with them numerous times. In fact, the works that become owned by the public this year should have been Public Domain back in 2001! Thank Disney for the 20 year delay, if you like. You can read more about it on Duke's School of Law page dedicated to the Public Domain.

Anyway, the big deal is that this year some significant works enter the Public Domain. Namely, they are The Great Gatsby by F. Scot Fitzgerald, Mrs. Dalloway by Virginia Woolf, and In Our Time by Ernest Hemmingway. 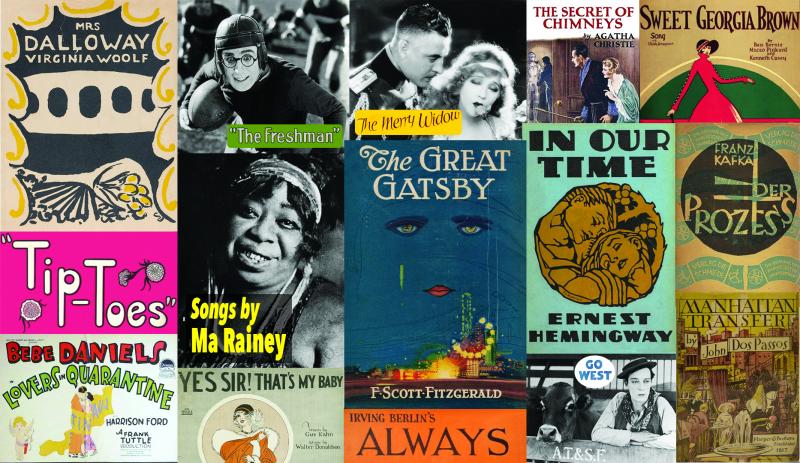 So that means you are free to write your Adventures of Nick Carraway novel you always wanted or the tennis career of Jordan Baker or even the steamy midnight trysts of Gatsby and Daisy.

Public Domain isn't limited to just print works. You can now make songs, art, and film of public works without paying any royalties. However, it still must be all original work. For instance, any images or changes to the novel made in the 2013 film still belong to Warner Brothers. So be careful on that.

Other upcoming important works that will enter the public domain in the near future include Mickey Mouse and Steamboat Willey in 2024, Little House on the Prairie in 2028, Superman in 2033, The Chronicles of Narnia in 2034, and The Hobbit/Lord of the Rings in 2044.

So start writing now, and be ready when those dates roll around!

Posted by Troy M. Costisick at 4:57 AM No comments:

I want to wish you a happy new year! I'm hoping for all of you that 2021 is a happy, healthy and prosperous year. Love all of you!

Posted by Troy M. Costisick at 6:05 PM No comments: