It was once a great trade route. Exotic spices would come from the kingdoms of the south and durable items like swords and sculptures would come from the north countries along this route. The people of Celandine Valley prospered greatly from the trade. But the swamps in the south eventually swallowed the southern portion of the road. There was an attempt to build a new one but faster sear routes eventually made the people abandon any effort to replace King’s Road.

The people of Vitalba village still maintain the section that runs near their town and to the mines. Merchants still use it to trade with the villagers and occasionally a politician or explorer will find his way along its dusty paths to the village. 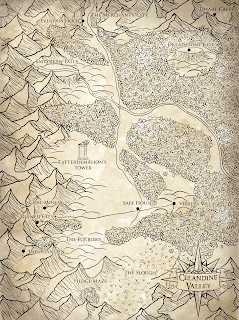