Today, I'm going to tell you of one of the greatest and also most tragic places in all of Celandine Valley: The Ruined City.

In the west of the valley, hidden in a mountain pass, is a massive city. It was the first great city of Celandine, and it fell. The walls, tall and thick, have been torn asunder in six different places. The great gate is gone, and the high arch above it caved in.

The great road leading to the city is still lined with the statues of lions, rams, angels, gargoyles, and such, but most have been defaced in ages past. Seven high towers once stood in the center of the city. Only three remain intact.

The buildings are all disheveled. Undulations under the earth have displaced their foundations. Rows of once proud structures are now lines of crooked, jagged teeth. Weeds grow between the cracks in the streets. The wind howls among the ruins.

However, there is life here. Rare herbs grow in the dusty hollows of the city. Healers from Vitalba and Everpass make secret journeys here, collecting the precious leaves, stems, and berries to make their potions.

Huntsmen leaders, who know the secret paths to the city, come to venerate the great generations of the past and to lament the fallen state of the valley. Though long abandoned by the valley-people, the ruined city still serves Celandine's citizens.

Some hope, maybe in a day in the distant future, the people will have the courage to return. 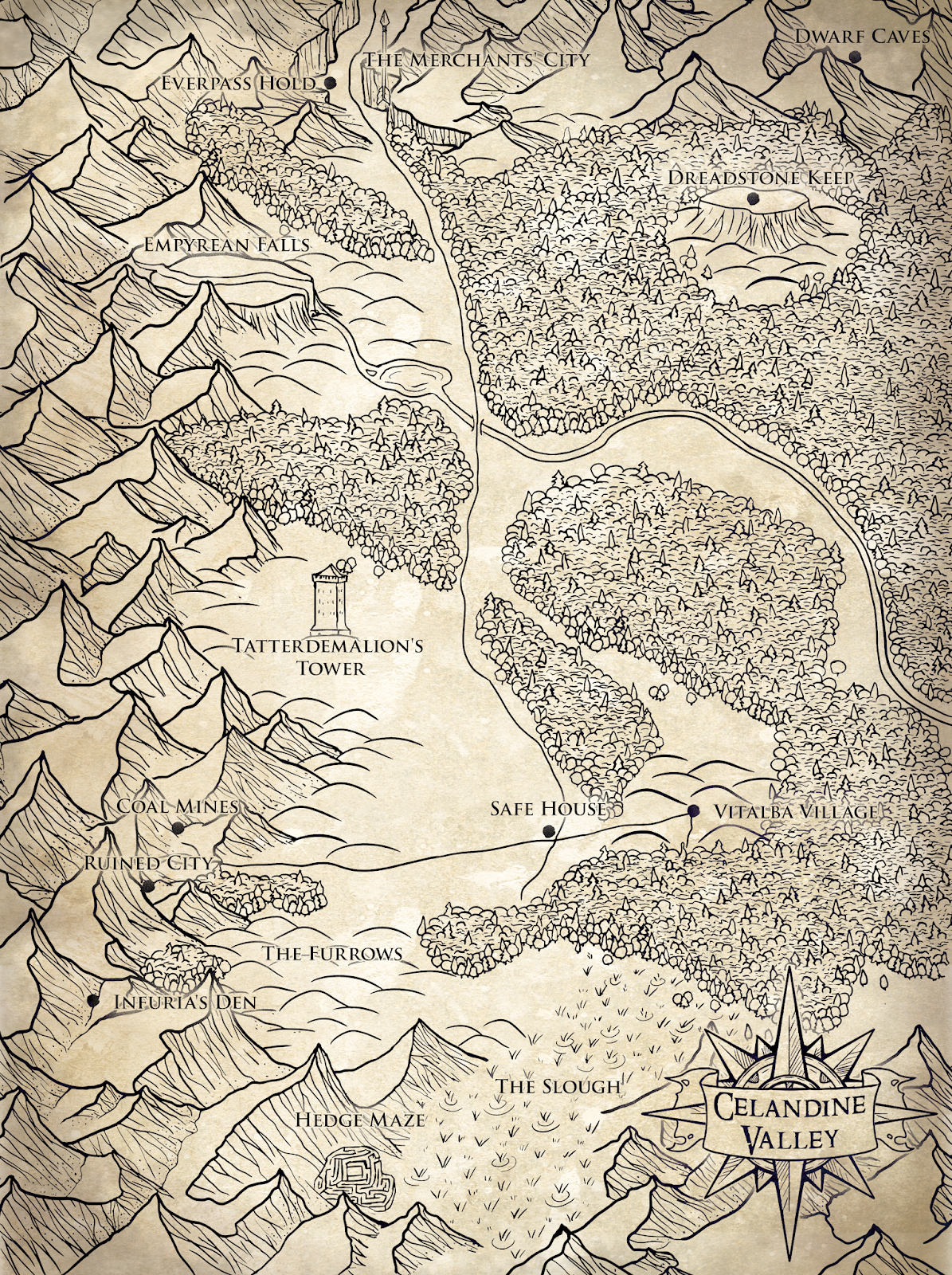