Yesterday I had the pleasure of one of my young readers getting in touch with me and asking a very natural question. He wanted to know what Tristan's sword looks like.

I did my best to describe it in the book. In fact, here's the excerpt from Chapter 3:

The blade was wide and had a single, curved edge and a majestic inscription on both sides. Red leather wrapped the bronze handle. The pommel was in the shape of an intricately sculpted rose, silver in color.


Later, I also mention that the blade is wide and heavy. That isn't a whole lot to go on, especially if one is not all that familiar with swords. I'm fairly certain that my young reader is not alone in wondering what the main character's weapon looks like, so I though this would be a good time to post a picture of one.

Before I do, however, I need to say something about swords and historical accuracy. There is a lot of disagreement in and among historians and artisans about what these weapons actually looked like for sure. Some survived to the modern era, and some did not. There are contradicting images in paintings and tapestries, so it can be difficult at times to say whether a particular design did or did not exist for sure in a certain historical era.

Also, bear in mind that designs changed subtly over the course of years. The medieval period and early Renaissance span a thousand years, and within that time there was an incredible about of adaptation and innovation. Small communities added their own flair to weapons and armor, so again, it's hard to nail something down as definitive for the whole period.

Finally, my book is fiction. It's not intended to be historically accurate. I try to express weapons and armor and fighting stiles with as much believablility as I can, but it would be very time consuming to establish all of that with exacting historical detail. So I don't bother. For me, story takes precedence over historical correctness, and as long as I don't ruin the suspension of disbelief for the majority of my readers, I will sacrifice a certain amount of verisimilitude in the interests of narrative.

With all those caveats out of the way, this is approximately how I envision Tristan's sword in Book 1: 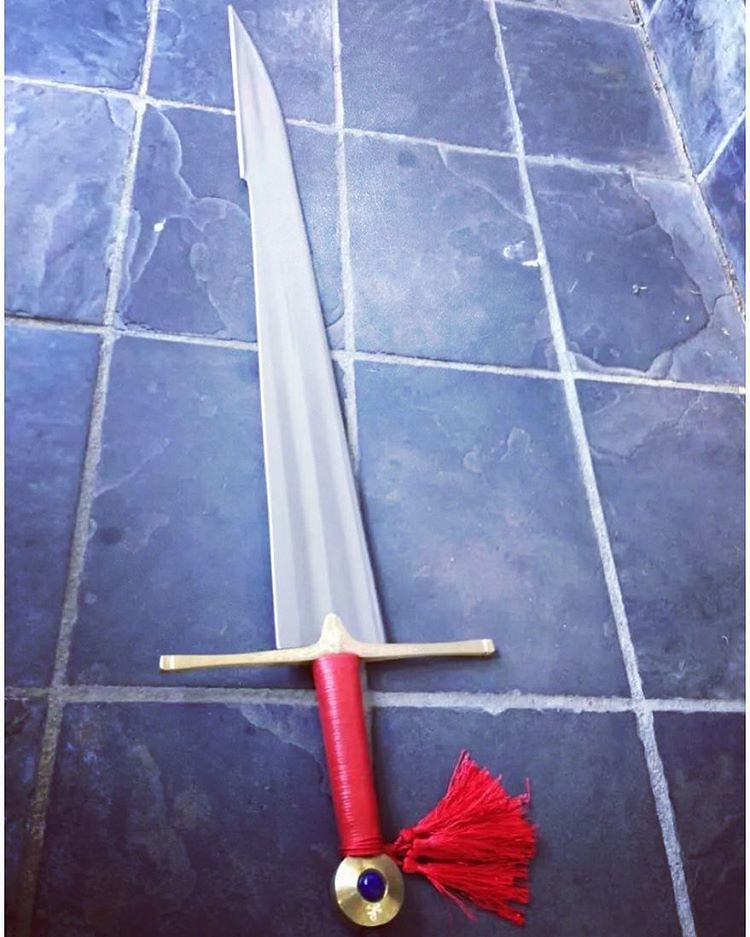 If you'd like to see how one was possibly used in combat, below is a video of a reenactor using a paramerion and buckler in combat (Tristan uses a much larger shield, but this video is instructive none-the-less):

Hope that is enlightening!